The term “qui tam” refers to a type of legal claim whereby an individual files a claim on behalf of the government, and receives a part of the government’s recovery for herself as an incentive for bringing the claim. The term literally comes from a latin phrase meaning “One who sues in this matter for the king as well as for oneself.” The purpose of a qui tam provision in a law is to give an incentive or reward to an individual for coming forward and exposing fraud, waste or wrongdoing against the government.

Congress enacted the first qui tam law in the United States during the Civil War. President Abraham Lincoln signed the law into effect in order to curb widespread fraud against the government. Since then–and increasingly in recent years–qui tam laws have expanded to allow individuals (called “relators”) to file claims on behalf of the government and earn significant rewards for doing so. Contemporary qui tam laws provide incentives for whistleblowers in order to protect taxpayers, investors, consumers, mortgage holders and others from being defrauded.

The most common qui tam law is the False Claims Act (FCA) which prohibits fraud against the U.S. government and has provided hundreds of millions of dollars in rewards to relators over the years. But there are several qui tam laws in addition to the FCA. Some examples include:

Contact us to learn more about qui tam litigation, and whether you may be entitled to a reward for disclosing information about wrongdoing by a corporation. 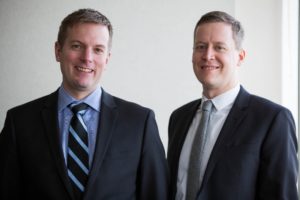